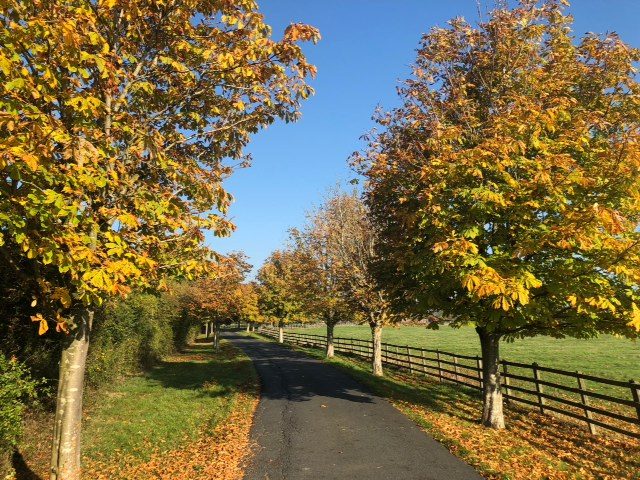 Where we farm, the landscape is dominated by trees and hedgerows rather than hills or large rivers.

In February we enjoy the early signs of spring beginning with the ‘greening’ of the pastures, hedgerows and trees and then their flowering. At this time of year, the mix of colours is even greater, from the brown or reddish brown of the cultivated fields and the cut hedges to the vast range of colours shown by the leaves and fruit of the different variety of bushes and trees. Gardens of course also show how time passes with the vibrant colours of spring and summer increasingly replaced by the subtler colours of Michaelmas daisies, sedum and cyclamen.

Now is a time of year when emotions are conflicted – autumn both marks the end of a year (and growing that little bit older), but also affirms that the cycle of the natural world continues, and in passing that each season is extraordinarily beautiful in its own way.

Until this morning I could say we had a relatively quiet week on the farm, though concerns were growing about the lack of any significant rain. However, over the weekend, the cow poorly since last week, died. This was not anticipated; the vet had looked at her twice during the week and indeed was coming back on Tuesday so, as you would imagine, that made us rather subdued.

On that note, we have also now learnt that our cattle taken away after our TB testing, on autopsy showed no signs of the disease. We are sorry to have lost them in this way. Part of the problem I suspect – speaking as a complete non-expert – is that we all, humans and animals, are ‘latent carriers’ of many diseases.

A surprise visitor on Friday was a ‘buyer’ for a notable supermarket who came to assess our worth as a possible supplier. In the event, over and above the visitor being very satisfied by what she saw of the animals in the company of Tim and my paperwork, our filing system has had a thorough tidy!

With the shortage of rain, the lambs had to be moved onto fresh grass, and the suckler herd is already having a bale of hay a day. Though we have no particular concerns about the health of the sheep, samples went into the vets on Tuesday just to check all is well. Shortly the ewes will have to be looked at in terms of their condition, health and birthing records in order that we may decide how many ewe lambs to hold back. 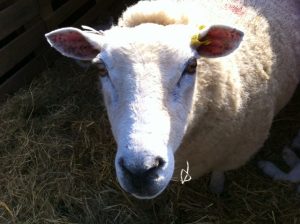 I have to confess we failed to carry out planned BD work this week, but that is now properly scheduled for next week and was discussed in detail at the Farm meeting. With our Demeter inspection only eleven days away, I hope to be able to complete the basic questionnaire after the vet visits us on Tuesday, and make minor adjustments to draft reports I prepared last month.

Other events scheduled for next week include a visit by a government vet as previously referred to. We also have to fill in yet another form for our higher tier stewardship application about which I could easily rant but wisdom requires I refrain.

Finally, we have at last moved into that part of the yearly financial circle when money actually starts flowing in. We are getting good prices for our lambs and reasonable prices for the cattle we have sold. There is currently at least some organic premium paid, which is a step in the right direction. Additionally, we have come to better understand pricing policy.

Now that my mobility is better, a late-night task combines walking the dogs and checking all is well around the house and through the business park. I confess I do carry my mobile phone and a stout stick. These walks rarely involve more than keeping Milly in order, hearing owls and noting how many lights have been left on in units. Occasionally the blood pressure rises slightly when the dogs find an unexpected person on the site, but so far none I have come across are villains! 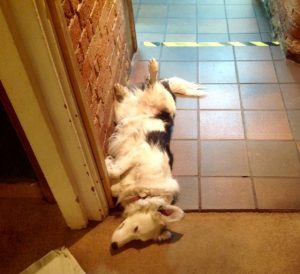 Earlier in the week I listened to Suzanne Sunfor talking about Oslo, alongside songs from her very successful self-composed albums – what a voice. Despite many visits to Bergen and Gothenburg, I have only visited Oslo the once, and worse, on that one occasion, I was suffering from a hernia my doctors refused to diagnose, which meant walking was very painful. What I did see clearly however was how finding oil and gas had turned a rather poor and insular country into a prosperous and outward looking society. Some years later we were in Bergen and then I could properly see for myself what a transformation had taken place since my first visit 57 years ago!

Later in the week, perhaps inspired by that programme, I was listening to Neilson’s 5th symphony, the first chords of which feature in other works of his and, for me, are his signature sound. Composers probably have always had favourite lines of music which invariably get repeated in other works – Handel and Bach are obvious exemplars. Neilson had a lighter side and his Choral work ‘Springtime on Fumen’ is a delight – Fynsk Foraar being its title in Danish should you look to find it.

A small book called ‘Vater und Sohn’, a birthday present I had this year, was very much enjoyed by myself and especially younger members of the family. The book is made up of many sequences of little cartoons telling a story without words except for a heading to each sequence. Originally first published in the years 1935 to 1937 as a  newspaper strip, it was converted into a children’s book in the early 1990’s by an Iranian publisher for use as a teaching aide in Iran, and was also used in German primary schools up to the 1980’s. Aside from everything else, it took me straight back to teaching English as a foreign language and that great standby, the large picture used both to teach vocabulary and encourage conversation.

Inevitably the cartoonist fell foul of the Nazi party and following arrest in 1944 killed himself rather than face the scaffold. His nom de plume derives from taking up residence in the town of Plauen. My follow up reading about him led me to a paperback by Thomas Hawes (von Otten), which certainly enhanced my understanding of politics in Germany after WW1.

With the implications of the rejection by the countries of Europe to any comfortable exit plan for the UK, I was drawn to rereading ‘The culture of defeat’ by Wolfgang Schivelbusch which is available translated from the German. The subtitle is ‘On National Trauma, Mourning and Recovery’ and on many levels that is what we may be in the first stages of currently.

The book itself focuses on military defeats, but defeats come in many forms (surprisingly, I felt, he drew no parallels with Skinner’s research on the range of reactions that can follow punishment).

On a personal level, as an adult I came to learn the value of trying to seek a ‘win-win’ solution to problems as though a comprehensive defeat for an opponent or idea may give an immediate buzz of satisfaction, it rarely leads to pleasant consequences. In the same vein, as a teacher, one learnt to avoid pushing a student into a corner – it’s such a poor strategy.

The EU gives Theresa May a bloody nose, and at once the reaction for many British citizens is anger, hostility and clouded thinking. This has nothing to do with whether her ideas are right or wrong; simply a natural response to defeat. Yet, despite at a theoretical level most recognise these facts of life; living in accord with them, at either a national or personal level is rarely achieved.

A more modern example of this is the period when power moved from the UK to the Americans when both sides either ignored the feelings of the other or felt too powerful to bother, which resulted in one of the many periods when little love was felt by either party. Kathleen Burk handles this very well in her book “Old World New World – the story of Britain and America”. In passing, while we often seem to complain about Americans lack of understanding of European history, I think we need also to realise how little most of us know about the history of the United States – and it’s hardly a justification to say, but they are even more ignorant of their own history.

Thinking of a poet whose poetry seems relevant to these thoughts I turned to Philip Larkin who wrote the notorious poem “This is the verse”, but copyright laws prevent me from going further. I turned instead to an old favourite, Thomas Hardy, but he was just too dismal!

So, I plumped for the following as it does have both tactics (which I do not necessarily endorse) and humour.

The best way to avoid misunderstandings, by Lawrence S. Pertillar

“The best way to avoid misunderstandings,
Amongst those heated in debate…
In your presence.
Is to not be the one who is quick to volunteer,
A willingness to express maturity.
With a seeking to comprehend,
How a conflict initiated to begin.

Let those who choose to pointlessly argue,
With no resolve in view…
Continue.
And when asked to express an opinion to give,
Stare with a blank face in space.
As if you have not a clue why anyone would ask…
You,
Anything.

If that doesn’t work,
Pretend you are looking for your house keys…
That you hold clearly to be seen,
In your hand.
Then do a quick exit,
The moment someone notices this…
With a bringing of it to your attention”