Despite the Cricket, the overall feeling is one of quiet satisfaction

Despite the Cricket, the overall feeling is one of quiet satisfaction

Despite a pathetic performance by the English Cricket Test team this morning the overall feeling is one of quiet satisfaction. Our Demeter inspection on Wednesday was positive in every sense of the word and after several cancellations, our first lot of 56 lambs went off successfully.

Our late Indian summer happily coincided with the grand children’s half term so that most afternoons they were in the wood doing all those sorts of things that children ought to experience – from climbing trees, swinging on ropes, making snares which they could then get caught in themselves, having camp fires and making dough, cooking it and then stuffing it down. And equally splendidly, are looking forward to going back to school tomorrow.

The young stock, not wanting to miss out on the adventures, took themselves off for a ‘break out’… rumour spread that they had made their way to Feckenham – trying to compete with Milly perhaps. But, in reality, they were caught before they got too far, and convinced, with some effort, that they really ought to go back to their own field!

The lack of rain means that all the ponds on the farm, including the scrape are very low. We are hearing geese flying over us nightly now – we assume migrating. 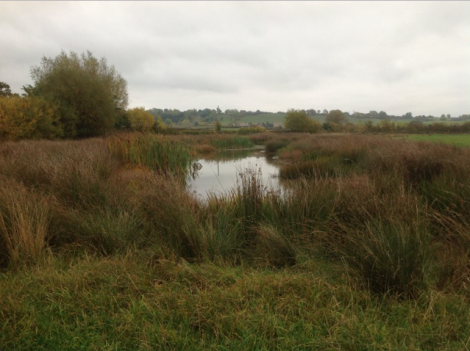 Talking of migrating… During the week we said goodbye to Alessio and Sebastien. Alessio returned home to experience the second earthquake of the week in Italy. Last night’s quake he reported was pretty scary but at least all is well with his family. Sebastien’s return journey was so full of incident and misadventure he will be able to dine out on the story for years!

His last night with us enabled him not only to give the power point presentation required by his ‘school’ but also to share quite a few of his 1500 photos and also some of Marion’s and be reminded of how much he managed to ‘pack in’ during his three months here and of the friendships he established with Marion, Michelangelo and Alessio.

We have been extraordinarily fortunate with our woofers this year – five German, three French and two Italian – we couldn’t have asked for better company and support. Farewells each time were hard and there was some shedding of tears. We are not taking any more volunteers this year, not because there haven’t been requests but simply because the weather can be so unpredictable at this time of year! Looking ahead, we have already agreed to have two French friends for seven weeks next summer.

Tenants have been very accommodating in recent weeks with all the work required to install the ground source heating. This week saw most of the trenches filled in and a growing sense that we might be moving into the end phase. In fairness a key problem for the company was the 16-week delay in getting the key machinery cleared by customs. 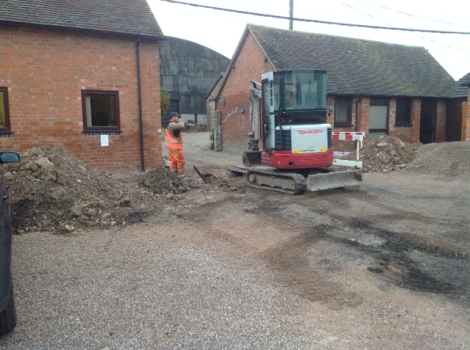 On the domestic front all is better, nobody in hospital, an enjoyable visit from my sister and her husband, and Chris’s mother clearly happy to be with us for a couple of weeks.

My in-tray is all but empty, I have enjoyed ‘Composer of the Week’ since I very much enjoy the music of Michael Haydn (cruelly overshadowed by his brother and Mozart) and I have actually got down to making some sense of my collection of French stamps.

As to what next week will bring – who can possibly say. Hopefully there won’t be any real surprises such as another break out by our young stock and hopefully the cold snap promised will not stop the grasses growing!