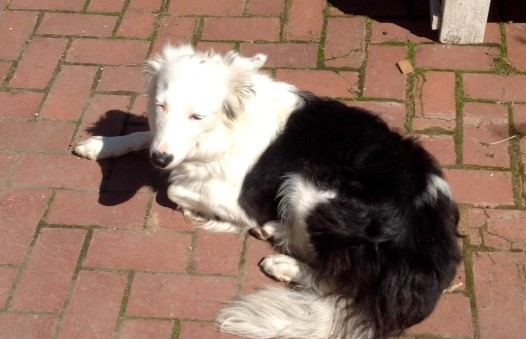 Good news! Arrangements having been made to buy in organic feeding straw and bedding straw, and with the prospect of being able to buy 20 acres of organic grass for winter feed, a major pressure has been lifted. Now all we really need to do is to market our lambs and steers and be able to afford these costs!

As a first-step, arrangements have been made to sell two steers into the organic market. Secondly the bulk of the lambs have been separated from their mothers and put onto pastures ungrazed since haylage was taken off them in June.
The ewes now need to have a period in which to dry up their milk production on fairly poor grazing, until the time comes to switch them onto pastures which will get them in condition for pregnancy later in the year.
The wool from this year’s cut has now been delivered to the collection point for the Wool Marketing Board. Shearing is such an uneconomic activity but in terms of avoiding fly strike a crucial part of sheep management. 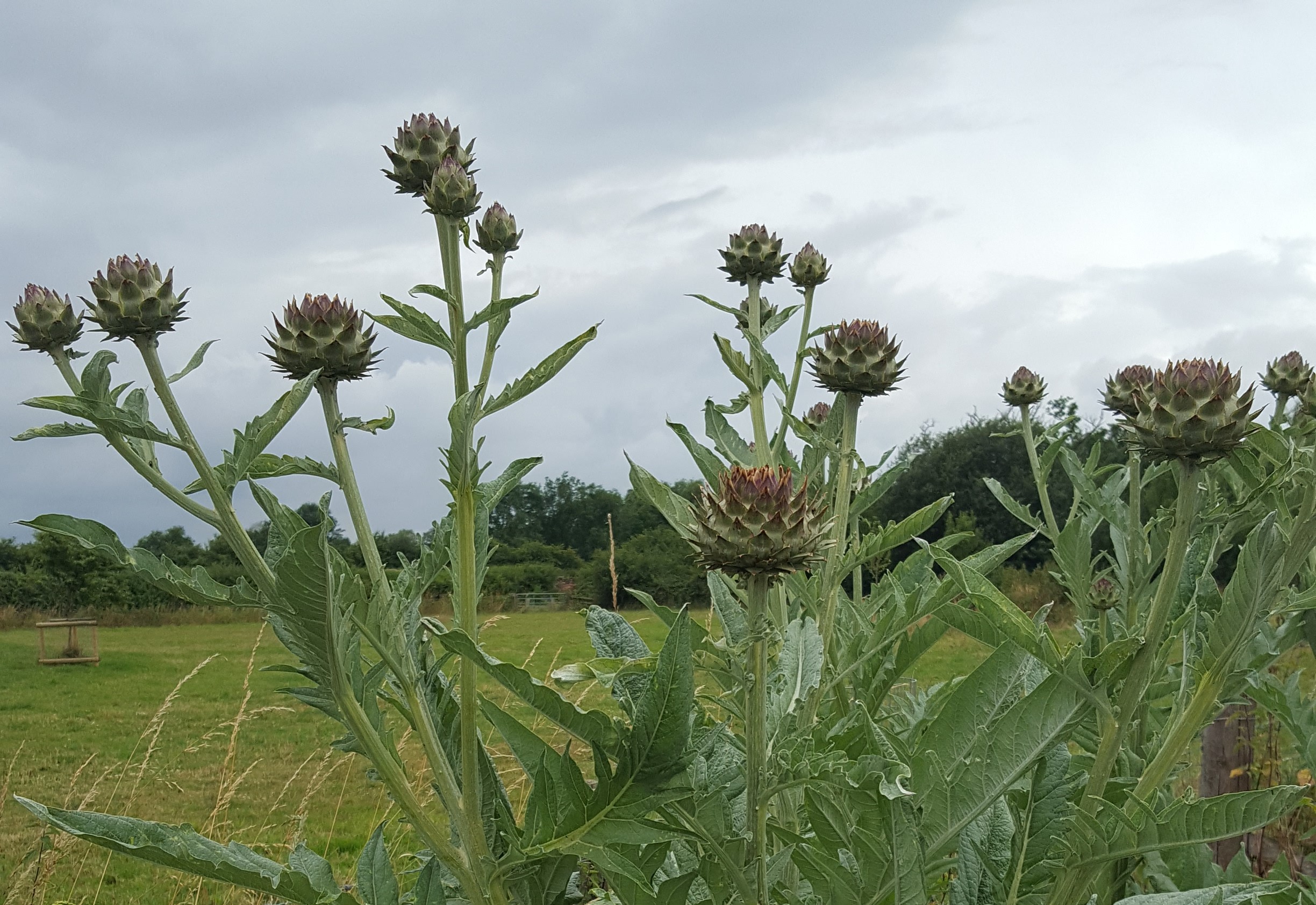 The vet visited on Monday and was very positive about the calf with a broken leg so that was good news. Thinking of that brings to mind TB testing is at the end of August! That is always one of the most stressful events in the year.
The recent winds have brought down a number of boughs which need clearing away and which has also led us to realise quite a number of the horse chestnut trees needs removal before they fall in the winter storms. ‘Bleeding canker’ seems to have fatally damaged many of the trees which have been such a fine feature of the entrance to the Farm and Business Park.
Our two Italian woofers are settling in well and coming to terms with our alien culture and weather!
They spent last Sunday in Stratford and happily the rain stayed away. They have done a great job around the farmhouse and got accustomed to the business of moving sheep and cattle around under the watchful eye of Tim. For absolute newcomers to large animals they deserve much credit. Email correspondence with recent and past woofers remains a great family pleasure.
In the middle of the week we had two visitors who wanted to see hares. They may have had a lovely walk but sadly saw no hares. The following morning Anne and Chris out looking at stock did, of course, see one. Life is like that isn’t it.
I accept that I take a fairly jaundiced view of the current BBC regarding its news programmes – as something to be shunned at all costs with the honourable exception of the World Service news; if I do watch it, I watch BBC2 and BBC4, and of course, Radio 3 I have always exempted from negativity. I now have to give credit to Radio 4 for at least two programmes this week! 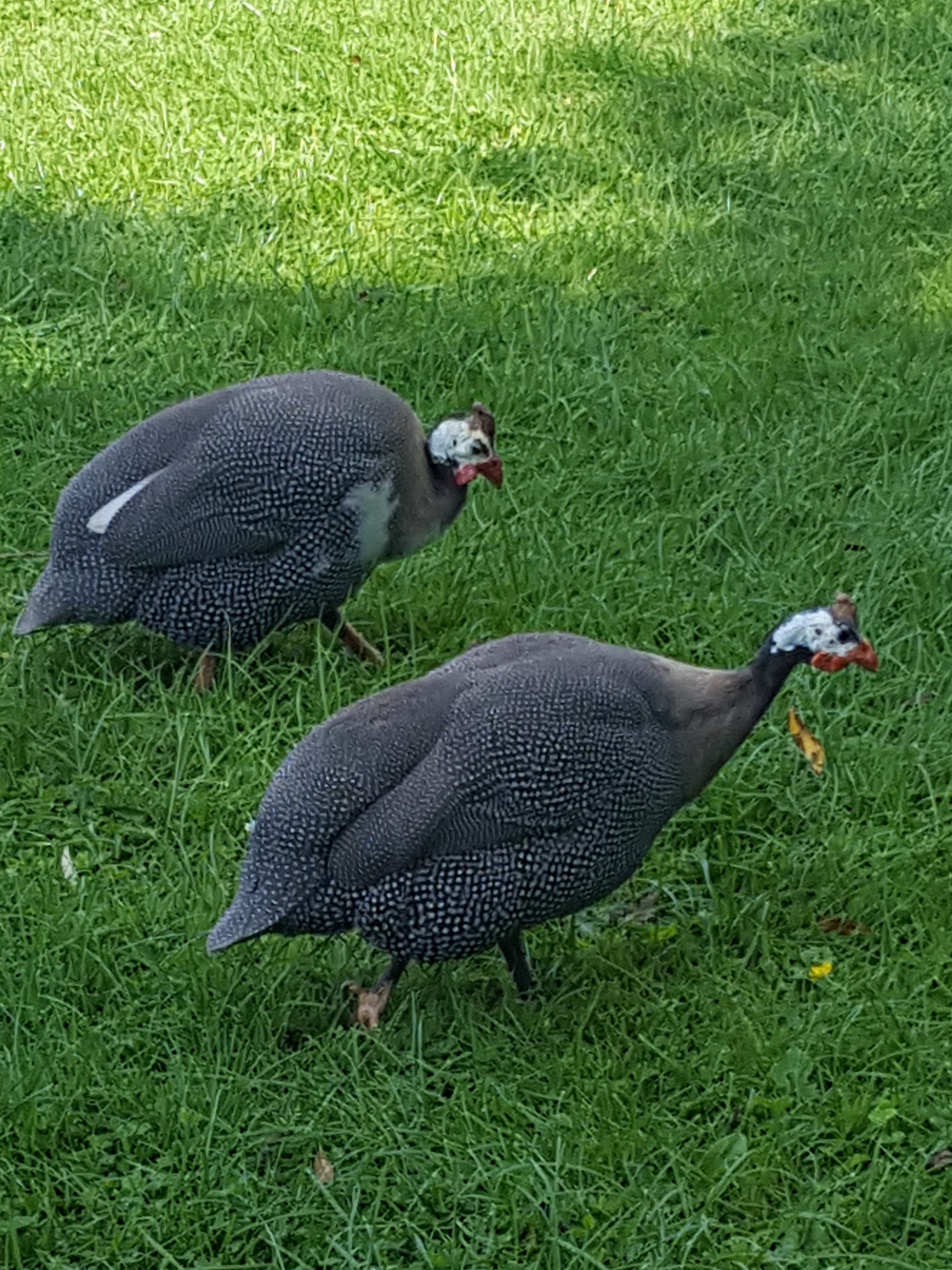 On Thursday, the Today programme as part of its build up to celebrating 60 years of continuous broadcasting actually had something that caught my interest. The discussion was how pronunciation has changed and continues to change. Apparently Received Pronunciation – or what I have always seen as standard English came in some 250 years ago though would not be so recognised today.
The ‘r’ sound was once part of our pronunciation and still lingers on in parts of the country but went as Londoners dropped it in the early part of the last century. John Humphries, perhaps inevitably, wanted to bring class into the discussion, but the ‘expert’ saw geography as being the key issue.
This was followed by one of a weekly programme on chords. Through inertia I failed to switch channels and was very pleased that I hadn’t. The discussion about the ‘Tristan chord’ involving a Professor of Music and a Professor of 19th century history was absolutely fascinating. They related this chord, which leaves you uncertain as to what might follow it, to its first use by Wagner following his necessary exile to Switzerland as a failed revolutionary in 1849(?).  Eventually he produced the continuation of the chord in his later years when he had settled into a position of a right-wing reactionary.
And then to cap it all, the book of the week called ‘The Hungry Empire’ – which I must acquire (Tanya/Chris at www.murderone.co.uk please note!) – threw up a whole series of ‘facts’ completely unknown, to me at least. How many of us knew that imports of Irish beef and butter were legally barred from import until the mid-1700 hundreds when the expansion of the navy demanded more than could be produced in England. Or even more surprising, that the Chinese who had adopted tobacco smoking and tea drinking in the 16th century by the end of the 17th century had abandoned tobacco for opium. It was at that stage, and not before, that the East India Company, having defeated the Mogul Empire and acquired the area which produced the type of opium preferred by the Chinese saw a market to be exploited and did so ruthlessly – at least as far as the Indian peasants who produced it were concerned. The real crime was that the vast profits did not stay in India to benefit its people but went straight to the company owners, of course.
I think it was Jung who coined the word synchronicity. Last week I wrote something about the English Civil War, this week I read two books by Antonia Senior. The first, Treason’s Daughter, and the second, its successor The Tyrant’s Shadow. Three characters are featured, one, a supporter of the Fifth Monarchists, one, a Captain in the navy of Rupert of the Rhine, and the third, an agnostic lawyer who finds himself working directly to Cromwell. The last was so compelling I read it in one go on Wednesday evening – highly recommended!
Early in the week, triggered by a series of articles and reporting on the partition of India 70 years ago, I felt impelled to have a rant about the English built-in sense of superiority which means we are happy to claim to be the best of the best and/or the worse of the worst and so irritate other nationalities.
Feeling it was too strong for these notes I sent what I had written to a younger friend. His response was that perhaps, instead of the saying ‘an apple a day keeps the doctor away’, we should adopt’ ‘a rant a day keeps insanity at bay’. I like it!