Economic planning for the coming year and more new arrivals

Economic planning for the coming year and more new arrivals

Tonight the skies were blue before sunset, and a mini heat wave is forecast. How life swings – only yesterday we were fretting that the pastures were too wet! But of course it’s not only the weather that behaves in this fashion; As we contemplate further TB tests on our three ‘reactors’, knowing that if these are also inconclusive the animals will be slaughtered at once, we also celebrate the safe arrival of four calves; As we take pleasure in the greening of our pastures we have to come to terms with the fact that excessive molybdium in the soil is reducing the level of vital trace elements in the grass.

The regrowth in the pastures has enabled stock movements of cattle, sheep and chickens though not in every instance pleasing the animals concerned or those who have been enjoying the sight of cattle from their windows.

Milly added to her already firmly established reputation as an independently minded (wilful) young dog when she joined a group of walkers on the drive, and stayed with them as far as the local village shop – a route that crosses several roads. We were lucky and grateful to a kindly member of the public who brought her home as she clearly didn’t have a clue where she was, or more importantly how she would get home! After much discussion amongst ourselves, we all agreed that although Milly was thoroughly badly behaved (and perhaps we were too for not having noticed her disappear down the drive!), the walkers really ought to have turned her back on the drive and not let her stay with them, however entertaining her company might have been. As you might expect, Milly now spends the hours of the day when she is not working, or with one of us, in her day run.

Work on Earth Energy appears to be firmly on track and most of the solar panels are now in place. Many units are now ready to be connected to the pipe work which has not yet been laid. All should be completed and in action by the end of this month. 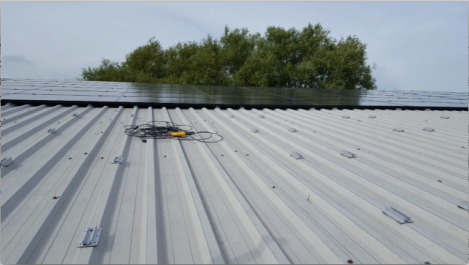 It’s that time of year, perhaps because we are at the lowest point of the income curve, that real economic planning for next year has to be carried out. We still have the guarantee of annual grants until 2018 but cannot afford to ignore the uncertainties of funding in following years. We also have to face the fact that the infrastructure we put in place ten years ago is now on its last legs and that our fences and tracks need money spent on them while our tractor is now seriously struggling to carry out all its tasks.

To meet these challenges, we obviously have to look to cut costs and hopefully increase our income stream. While we want to maintain a mix of sheep and cattle, economics and the nature of our ground, leads us increasingly to feel that the way forward is likely to be in significantly reducing our sheep holding while hoping TB does not block our attempts to build our herd up to viable numbers. Perhaps also, as some of our neighbours are doing, to consider introducing a small number of pigs.

The extensions to the barn are not enough in themselves – fencing and gating still needs to be bought and put in place. While it does not solve any of our financial issues, we are happy and grateful that Sebastien, our Woofer from CESi Lyon E’cole D’ingenieurs who is expected by his university to complete two engineering projects over the course of his three months here, has accepted as his second project designing the ‘furniture’ lay out for these areas. I was very happy to talk to the Sebastien’s university Head for overseas placements on Friday and confirm how happy we are both with the work he has done for his first project and the contribution he is making to both the social and working life here on the farm. The English accent may be as difficult for him as the French accent is for me but his growing vocabulary and confidence in the use of English is something we also can all be very happy about.

As part of data collection for the SCBS we totted up the number of Woofers we have had with us over the last two years – 25 from 5 different countries and most being in the age range 19 to 30.  I think it would be very useful if journalists and politicians actually listened to the thoughts of this age group rather than drove their own agenda’s and certainties.

Though I can hardly bear to watch the parochial gossip and tittle tattle that passes for the BBC news (or is it their bizarre notion as to what balance means or perhaps their view that it is not news unless you have images to go with it), their radio programmes continue to assume that listeners have both intelligence and curiosity and at least on BBC Parliament, unlike in most countries, we can see, to some degree at least, parliament in action. What is interesting is realising, through our involvement with younger people that while middle aged and older people look to radio, television and newspapers for information, youngsters seem to derive their information almost solely from the Internet. 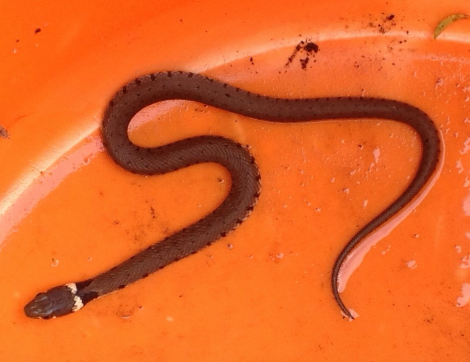 This week has seen the end of the Proms and as often seems to be the case the last week seems to be the best. Barenboim playing two Mozart concertos and also conducting. Three Bruckner symphonies also as we have been able to hear the two leading Berlin orchestra’s –   the Philharmonic and the Staatskapelle and also the Dresden Staatskapelle. While on Friday evening, to cap it all, Verdi’s Requiem

The week has also seen the return to school of all our youger grandchildren and what a
delight it has been to see their positive approach. It has also been a time for tidying in the areas around the house which has led to us finding not just many creepy crawlies, bee’s and toads but even a grass snake!